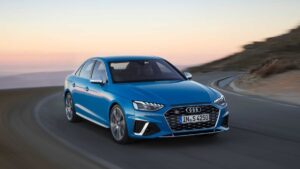 Audi offers a high-performance sport version of their A4 in the form of the S4. The S4 name was initially used to designate a sports version of the Audi 100. It was in the first half of the 1990s that Audi began to reconfigure its lineup. At this point, it introduced the Audi S4 as … Read more